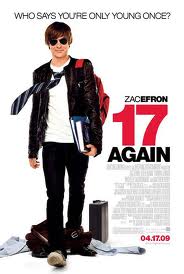 My Review.
This movie shows a side that before we hadn't seen, when it came out many knew him as the guy from high school musical, and I don't know about you but that did not sound like someone I would want to see on anything else. But I think he really proved himself. He was funny, and charming, and played his part well. The movie had good timing, which really helps to make a comedy not just funny, but worth while. Some movie makers have a good story line, and lose it. But I think they played it well. It is one of those movies I'll watch again, and even buy, for a day where I just want something funny.